Umou, 16, puts on her best clothes and lipstick for a baby naming ceremony in a small village in the Kalalé District of Benin. She is one of the few girls who goes to school past a young age.

The economy is mainly based on agriculture with more than 95% of the population involved with farming. Despite its great potential, crop production in Kalalé remains weak and easily influenced by natural conditions. There is precious little rainfall during the six-month dry season that runs from November to April each year. During the dry season, the land of Kalalé is parched and its people are hungry. Malnutrition is widespread and most girls won't get access to education because the most pressing challenge for all the people of Kalalé is having enough food to eat. (photo by Ami Vitale) 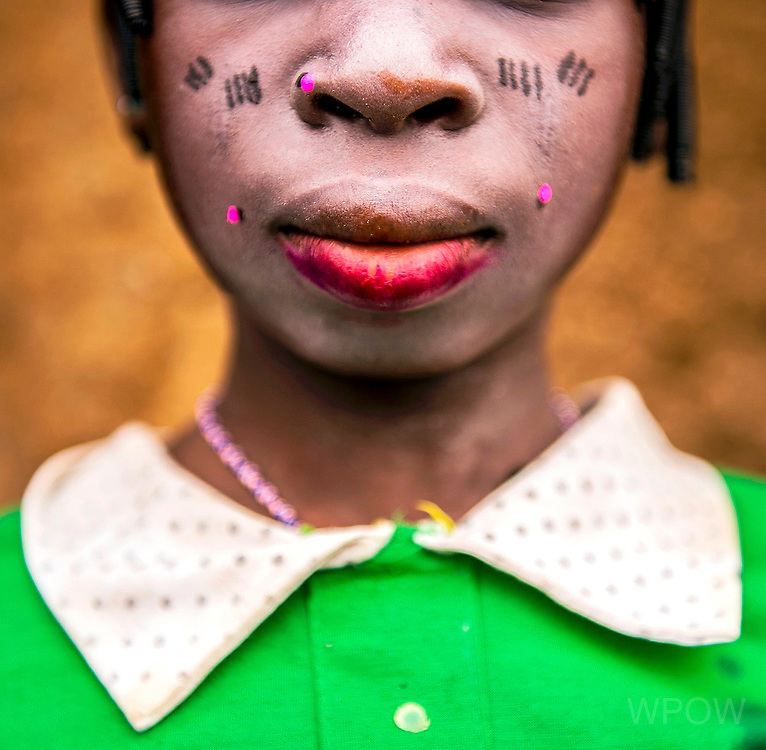